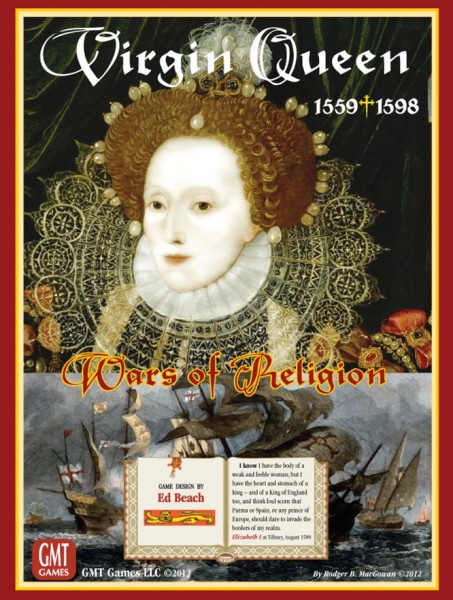 This product is currently not available.
Please inform me as soon as the product is available again.
€86.00 *

Virgin Queen is the sequel to Here I Stand, another card-driven game of grand strategy that covered the previous forty years (from Martin Luther’s posting of his 95 Theses in 1517 through the abdication of Charles V in 1556). Players familiar with Here I Stand will find much that is familiar in Virgin Queen: over half of the rulebook remains unchanged. New game systems have been put in place to emphasize the changing nature of the conflicts here in the late 16th Century:

Transformers Deck-Building Game: Dawn of the...

Lanzerath Ridge - Battle of the Bulge

Donetsk: Battle for the Airport

Pendragon - The Fall of Roman Britain

Battles for the Galactic Empire

€24.95 *
Viewed
This website uses cookies, which are necessary for the technical operation of the website and are always set. Other cookies, which increase the usability of this website, serve for direct advertising or simplify interaction with other websites and social networks, will only be used with your consent.
Decline Accept all Configure