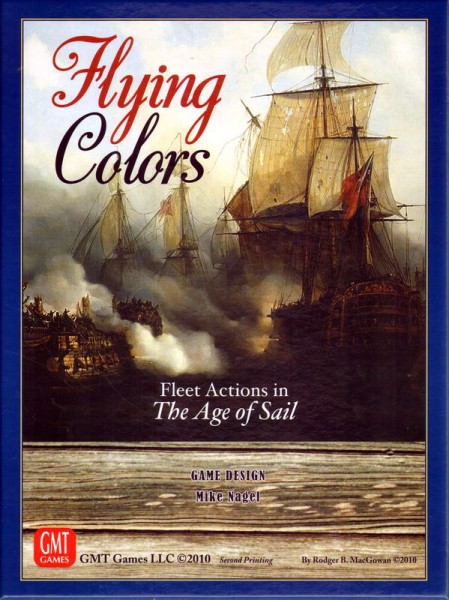 This product is currently not available.
Please inform me as soon as the product is available again.
€52.00 *

This is not a strategic level game where one piece represents several ships. Flying Colors includes 300 individually named ships rated for size, gunnery, boarding ability, and damage capacity. Also included are nearly four dozen individually named commanders, rated for their ability to control their formations as well as the impact of their presence within the fleet. The game system provides what naval enthusiasts will expect in a tactical Age of Sail game: broadsides, rakes, anchoring, wind effects, weather, shore batteries, and much more. All this is packed into a short, accessible rulebook.

Blocks in the West: Icon Stickers

€7.95 *
Viewed
This website uses cookies, which are necessary for the technical operation of the website and are always set. Other cookies, which increase the usability of this website, serve for direct advertising or simplify interaction with other websites and social networks, will only be used with your consent.
Decline Accept all Configure