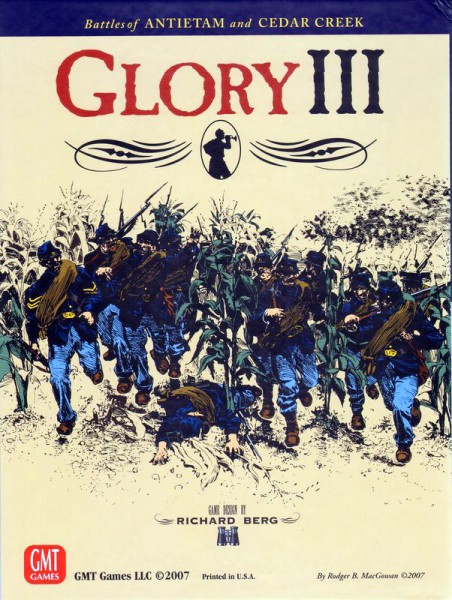 Glory III is the third game in GMT's popular American Civil War series, Glory. This series presents a brigade-level system that highlights ease and speed of play combined with solid historical insight. Glory III follows the success of Glory II: Across the Rappahannock, and presents a polished system with ease of play, with two combat-intensive one-map battles. And it is still a game that can be played, and played well, by solitaire gamers.
Glory III features GMT's unique chit activation mechanic, which provides a great deal of play tension, as the commanders never quite know what is going to happen next. However, new command and combat mechanics make the game even more fun. Both battles have special command problems and some new and interesting mechanics to allow the players to play within the framework of those conditions.

Twin Peaks - The Battle of South and Cedar...
€32.00 *
Viewed
This website uses cookies, which are necessary for the technical operation of the website and are always set. Other cookies, which increase the usability of this website, serve for direct advertising or simplify interaction with other websites and social networks, will only be used with your consent.
Decline Accept all Configure