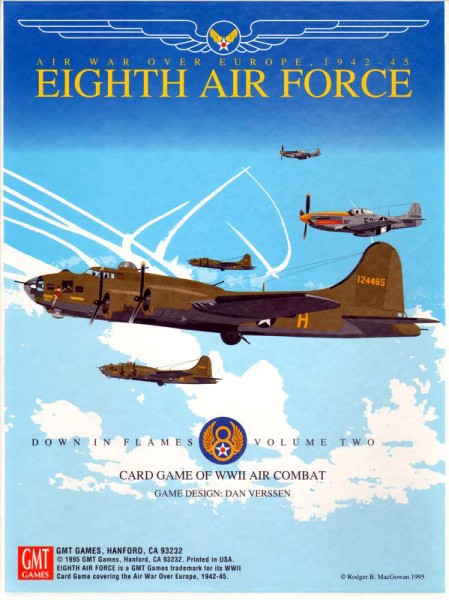 Note: To play Eighth Air Force, you need a copy of The Rise Of The Luftwaffe, Volume One in the Down in Flames Series.

Eighth Air Force is a fast-action card game that allows players to experience the tension and thrill of aerial combat over Europe during World War II. Eighth Air Force provides players with the major fighter and bomber aircraft flown by the German, British, Russian and United States air forces. You'll experience the dawn of the jet age with the introduction of the German Me-262; the pressure of leading British Lancaster heavy bomber formation at night; and the maximum effort needed to sustain the wings of the United States Eighth Air Force.

Decision Games: War in the Pacific

Victory - The Blocks of War

€69.00 *
Viewed
This website uses cookies, which are necessary for the technical operation of the website and are always set. Other cookies, which increase the usability of this website, serve for direct advertising or simplify interaction with other websites and social networks, will only be used with your consent.
Decline Accept all Configure