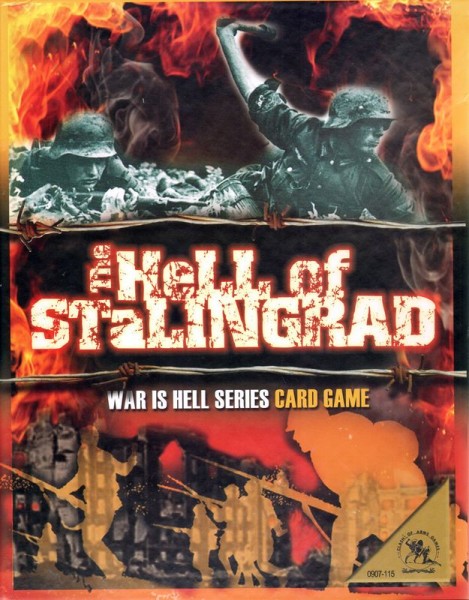 The Hell of Stalingrad is a historical card-driven game simulating the massive urban battle that changed the course of WW2. But it is a game like you have never seen or played before!
The Hell of Stalingrad uses revolutionary mechanics to place players directly in the action as they control both large scale formations and individual units.
Four card decks represent both German and Red Army formations, commanders, combat carnage, legendary heroes and of course, the buildings and landmarks of the ruined city.
196 Counters represent German and Soviet generlas and commissars, storm troopers, grenadiers, NKVD, T34s, forts, StuGs and commandos that help charge up your assault or put steel in your defense.
The Hell of Stalingrad can be played in one 30 minute setting for a basic game or as long as 3 hours for a 4-player campaign game.