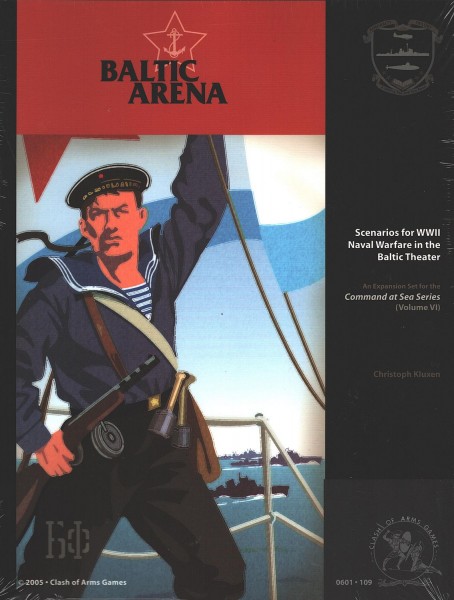 In Baltic Arena, lead author Christoph Kluxen weaves together 13 scenarios and 11 articles that cover the forgotten theater of World War Two Naval Warfare. Baltic Arena´s 13 detailed scenarios have sometheing for everyone, covering the complete range of operations, from submarine attacks to full convoy actions. Eleven atricles examine topics of interest, from the finnish naval and air forces, a chronology of Soviet submarine actions, and also include primary material, such as the German recognition poster of Soviet warships. New rules for Mine Warfare round out the offering, wich has all the data annexes necessary to play the scenarios.

Command at Sea 03: No Sailor but a Fool

Command at Sea 03: No Sailor but a Fool

Jena!
€44.00 *
Viewed
This website uses cookies, which are necessary for the technical operation of the website and are always set. Other cookies, which increase the usability of this website, serve for direct advertising or simplify interaction with other websites and social networks, will only be used with your consent.
Decline Accept all Configure