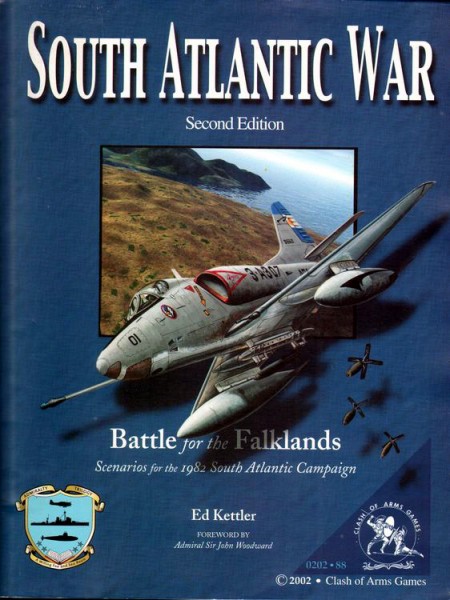 The South Atlantic War is a Harpoon source book that outlines the Falklands/Malvinas Conflict of 1982. There are:-
- 24 Scenarios
- 60 Pre-generated Aircraft and Ship data sheets
- Historical background
- Full orders of battle

South Atlantic War, 2nd Edition contains an in-depth treatment of all aspects of the 1982 Campaign in the Falklands. Its 26 scenarios provide the option of playing them individually, or as a cohesive campaign. The following are other features of South Atlantic War. The first edition has been used at the Naval War College and Quantico to train Officers. Now you can pit yourself against the best.

Fire in the Lake, 2nd Printing

Command at Sea 12: Mediterranean Fleet
€23.95 *
Viewed
This website uses cookies, which are necessary for the technical operation of the website and are always set. Other cookies, which increase the usability of this website, serve for direct advertising or simplify interaction with other websites and social networks, will only be used with your consent.
Decline Accept all Configure