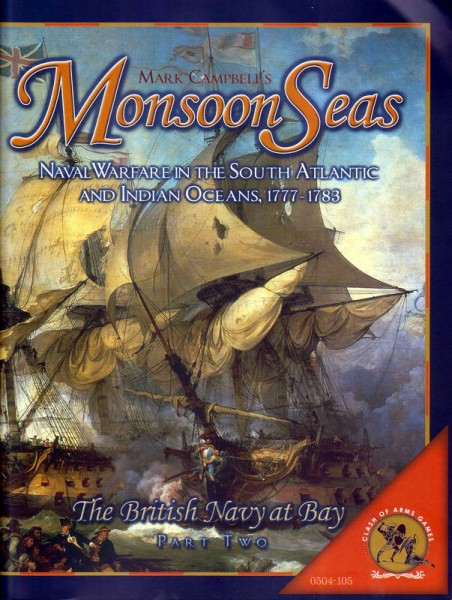 Naval Warfare in the South Atlantic and Indian Oceans from 1777-1783. Subtitled as "The British Navy at Bay: Part Two".

Contains 20 scenarios with between 3 and 34 ships. Most scenarios are small fleet actions with ten or more ships. The first three scenarios are from the Spanish-Portuguese War of 1776-1777 over what would become Uruguay. The remaining seventeen scenarios concern Franco-British engagements in 1778-1783 in the Indian Ocean or related thereto and featuring the French admiral Pierre-Andre de Suffren de Saint-Tropez.

This War Without an Enemy: The English Civil...

€57.00 *
Viewed
This website uses cookies, which are necessary for the technical operation of the website and are always set. Other cookies, which increase the usability of this website, serve for direct advertising or simplify interaction with other websites and social networks, will only be used with your consent.
Decline Accept all Configure