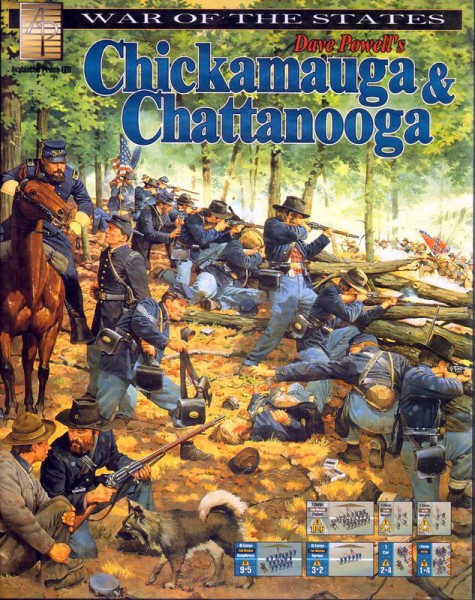 This product is currently not available.
Please inform me as soon as the product is available again.
€27.00 *

In the fall of 1863 the Union Armies of the Tennessee and Cumberland moved south against Atlanta, only to be met by the Confederate Army of Tennessee and reinforcements sent from Virginia. The Rebels stopped the Northern advance, then laid siege to the Union supply center of Chattanooga. But in the "Battle Above the Clouds," the Yankees broke the siege. Includes both of these hard-fought battles and a combined campaign game!

Related links to "Avalanche Press: WotS Chickamauga"
Evaluations 0
Read, write and discuss reviews... more
Close menu
Customer evaluation for "Avalanche Press: WotS Chickamauga"
Write an evaluation
Evaluations will be activated after verification.
Customers also viewed
Customers also viewed
Viewed
This website uses cookies, which are necessary for the technical operation of the website and are always set. Other cookies, which increase the usability of this website, serve for direct advertising or simplify interaction with other websites and social networks, will only be used with your consent.
Decline Accept all Configure