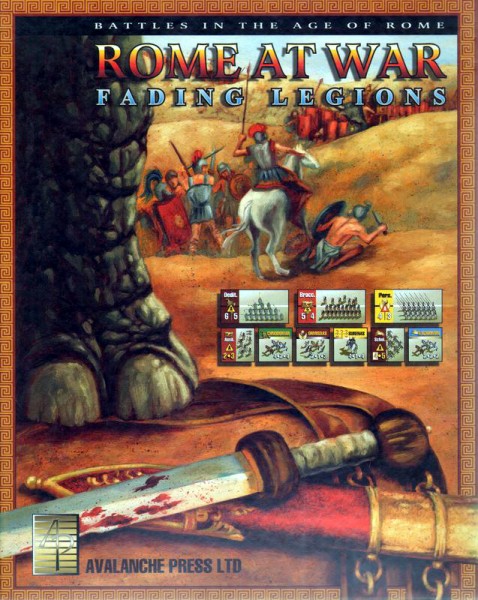 The last true Roman armies try to stave off invasions by Germans, Persians and Gauls between 357 and 378 AD.

Fading Legions is a stand alone addition to the Rome At War system of games.

The Mission: Early Christianity from the...

Solitaire Caesar - The Rise and Fall of the...

Across Suez - The Battle of the Chinese Farm, 1973

In the Name of Justice - The Battle of Lewes, 1264
€69.00 *
Viewed
This website uses cookies, which are necessary for the technical operation of the website and are always set. Other cookies, which increase the usability of this website, serve for direct advertising or simplify interaction with other websites and social networks, will only be used with your consent.
Decline Accept all Configure