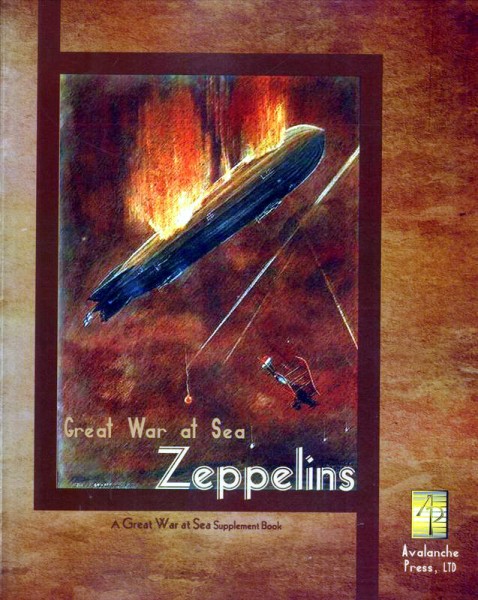 Like Great War at Sea: Dreadnoughts and Second World War at Sea: East of Suez, Zeppelins includes die-cut-and-mounted playing pieces, but these are special, oversized ones: 2/3-inch by 1-and-1/3-inch large pieces depicting famous airships of Germany, Great Britain, the United States, Italy, Austria-Hungary and France. These are used with the new tactical and operational rules provided; unlike the standard game rules that treat all airships the same, with the Zeppelins module, each airship class has its own range and endurance qualities.

Every airship that played an important role in the First World War is present, both German Navy and German Army machines that scouted for the High Seas Fleet and attacked naval targets. The ultra-long-range Africa Ship L59 is present, along with the big, modern L100 class canceled by the war's end.

€70.00 *
Viewed
This website uses cookies, which are necessary for the technical operation of the website and are always set. Other cookies, which increase the usability of this website, serve for direct advertising or simplify interaction with other websites and social networks, will only be used with your consent.
Decline Accept all Configure