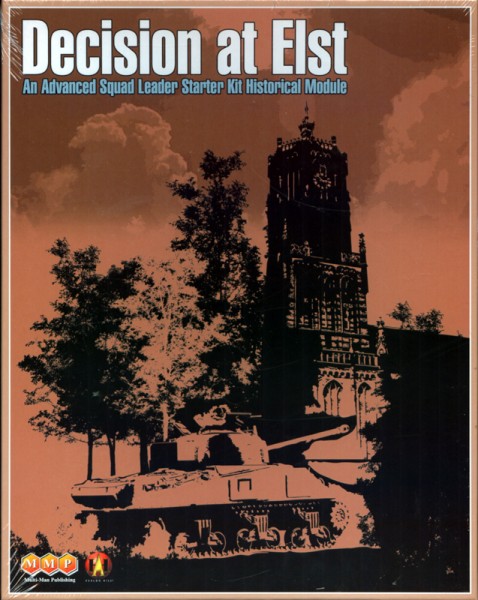 This product is currently not available.
Please inform me as soon as the product is available again.
€64.00 *

Decision at Elst comes with:
• a 22" x 32" historically-accurate map of the battlefield;
• three countersheets with British and German infantry, tanks, and guns, and game markers;
• two player aid cards;
• four historical scenarios and one Campaign Game;
• one 28-page ASL Starter Kit basic rules booklet (with all the latest finetuning);
• one 20-page DaE Campaign Game rules booklet, with all of the rules needed to play the scenarios and the Campaign Game, including new rules for the steeple, offboard artillery, polder terrain, and German SS units.
Decision at Elst is a fully self-contained product and requires nothing else to play it.

Darkest Dungeon: The Board Game

€99.00 *
Viewed
This website uses cookies, which are necessary for the technical operation of the website and are always set. Other cookies, which increase the usability of this website, serve for direct advertising or simplify interaction with other websites and social networks, will only be used with your consent.
Decline Accept all Configure