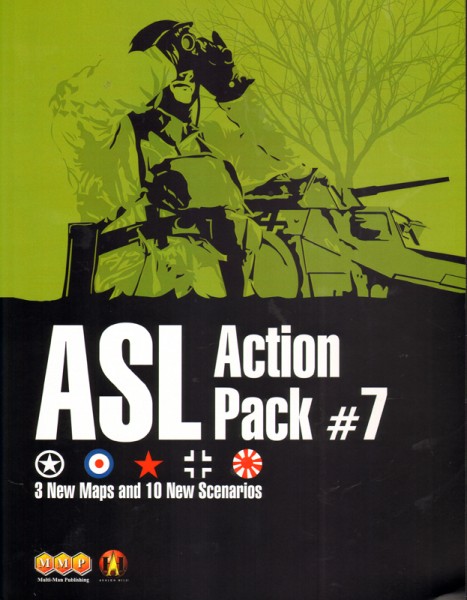 This product is currently not available.
Please inform me as soon as the product is available again.
€30.00 *

ASL Action Pack #7 carries on the tradition of supporting the best World War Two tactical boardgaming system with a package of three new geomorphic maps (boards 60, 61, and 62) and ten scenarios designed for use with the Advanced Squad Leader game system.

ASL Action Pack #7 is on track to be released at Winter Offensive 2011, held January 13th through the 16th.

Beyond The Rhine - The Campaign for Northwest...

MMP: ASL: Best of Friends Scenariopack
€15.95 *
Viewed
This website uses cookies, which are necessary for the technical operation of the website and are always set. Other cookies, which increase the usability of this website, serve for direct advertising or simplify interaction with other websites and social networks, will only be used with your consent.
Decline Accept all Configure