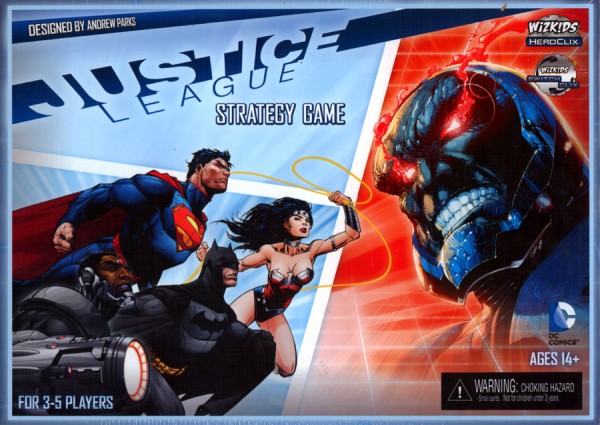 
From his stronghold on Apokalips, Darkseid is moving his forces into position, preparing to seize control of the planet! Only the Justice League stands between him and total global dominion! Will they be able to defend the planet, or will it fall to the merciless minions of Apokalips?

Play as Batman, Superman, Wonder Woman or Cyborg, each with unique powers and abilities; or as Darkseid, the nigh-unstoppable super-villain. Using a unique card-driven system, each player selects the powers they wish to use without knowing what the opposition is up to!

Justice League Strategy Game is a planet-wide secret war for control of the Earth. One player takes control of Darkseid and 2-4 other players play as members of the Justice League.

Warhammer Age of Sigmar: The Rise and Fall of...

Wartime: The Battle of Valyance Vale

Vikings Gone Wild - The Board Game