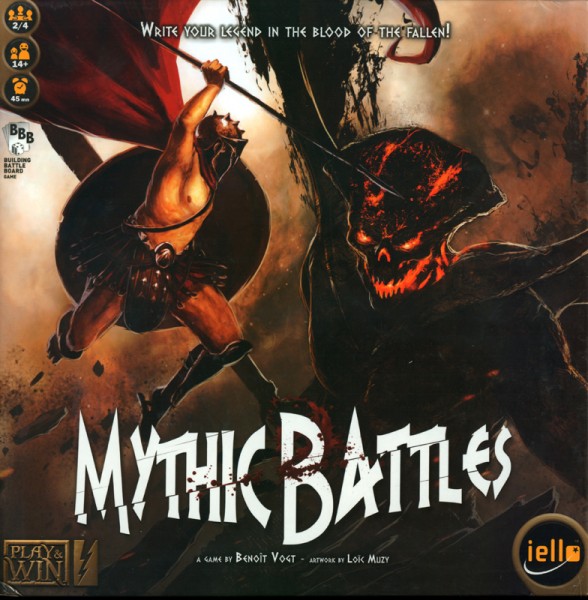 This product is currently not available.
Please inform me as soon as the product is available again.
€45.95 *

Take the leadership of fantastic armies and lead your troops to victory! Mythic Greece is in chaos: Athena and Hades are at war and have sent their greatest heroes to battle. Take on the role of these generals out of legend, leading fantastic armies and  lead your troops to victory! Mythic Battles is a game that simulates epic confrontations and breath taking battles. The Building Battle Board (BBB), an innovative game system, combines game mechanisms from miniature games, board games, and card games; as a result, Mythic Battles offers you a unique experience. Recruit your army, play your cards to activate your units, roll your dice to resolve combat... reinvent the way you play! This box contains two complete armies for two or four players, an initiation campaign, as well as all you need to play hours of endless battles. Other armies and units will periodically be released to flesh out your campaigns!

Related links to "Iello: Mythic Battles"
Product Information
Zu den Produkteigenschaften more
Close menu
Product information "Iello: Mythic Battles"
Evaluations 0
Read, write and discuss reviews... more
Close menu
Customer evaluation for "Iello: Mythic Battles"
Write an evaluation
Evaluations will be activated after verification.
Customers also viewed
Customers also viewed
Viewed
This website uses cookies, which are necessary for the technical operation of the website and are always set. Other cookies, which increase the usability of this website, serve for direct advertising or simplify interaction with other websites and social networks, will only be used with your consent.
Decline Accept all Configure