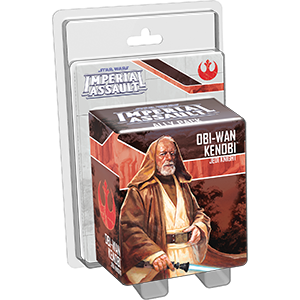 Description Product Information Evaluations 0
Description
One of the only Jedi Knights to survive the destruction of the Jedi Order at the end of the... more
Close menu
Product information "Imperial Assault: Obi-Wan Kenobi Jedi Knight"

One of the only Jedi Knights to survive the destruction of the Jedi Order at the end of the Clone Wars, Obi-Wan Kenobi has been in hiding on Tatooine for nearly eighteen years. In that time, he guarded Luke Skywalker, keeping him safe from the servants of the Empire, but Luke has now left Tatooine to play a greater part in the galactic drama. Now, with the Obi-Wan Kenobi Ally Pack, you can bring Obi-Wan out of the shadows to aid the Rebel Alliance.