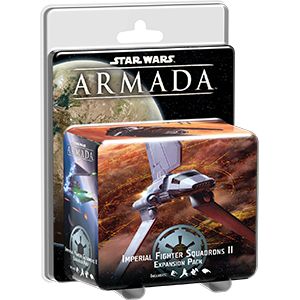 This product is currently not available.
Please inform me as soon as the product is available again.
€22.95 *

Supported by the coordination ability of Lambda-class shuttles, these eight miniature squadrons and eight squadron cards work hard to crush the Rebel opposition.