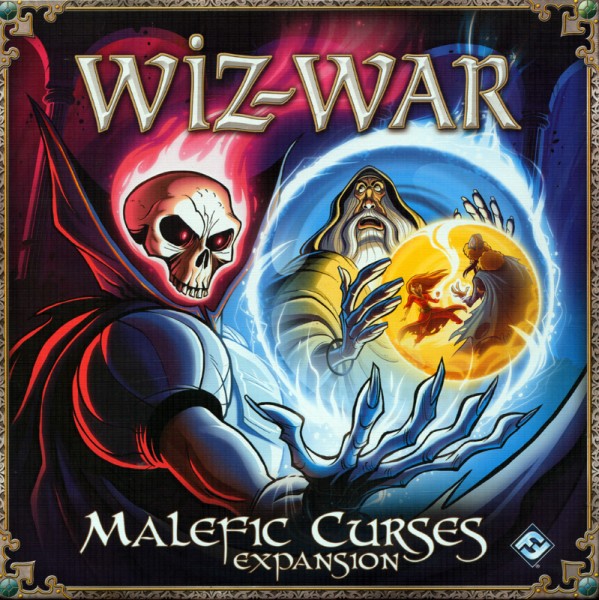 Malefic Curses, the first expansion for Wiz-War, adds a fifth player to the battle, bringing a new sector board and new portals with him. New schools of magic enter the playing field as well, inviting players to tap the fearful powers of Hexcraft, Necromancy, and Chaos. Hexcraft allows a player to etch powerful runes in the paths of the maze, trapping those who dare to cross them. Necromancy offers a host of death-dealing tactics, and the powers of Chaos grow increasingly powerful, although they remain unpredictable at best.


This is just an expansion. You need the core game Wiz-War to play with it!
Related links to "Wiz-War - Malefic Curses Expansion"
Product Information
Zu den Produkteigenschaften more
Close menu
Product information "Wiz-War - Malefic Curses Expansion"
Evaluations 0
Read, write and discuss reviews... more
Close menu
Customer evaluation for "Wiz-War - Malefic Curses Expansion"
Write an evaluation
Evaluations will be activated after verification.
Customers also viewed
Customers also viewed
Viewed
This website uses cookies, which are necessary for the technical operation of the website and are always set. Other cookies, which increase the usability of this website, serve for direct advertising or simplify interaction with other websites and social networks, will only be used with your consent.
Decline Accept all Configure