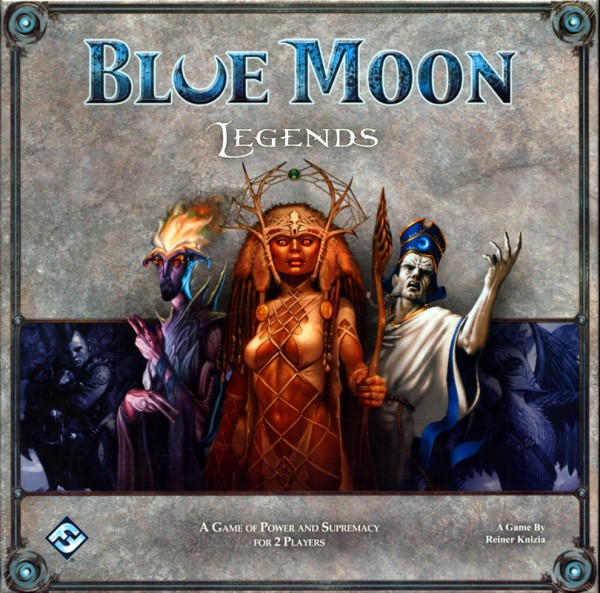 This product is currently not available.
Please inform me as soon as the product is available again.
€43.95 *

The king is dead, and Blue Moon has vanished. The two royal heirs blame each other, and they have called the citizens of Blue Moon City to arms. The peoples of Blue Moon
each have unique abilities to lend to the battle, as well as varying influence over the elements of the world. Each heir struggles to attract the three divine elemental dragons and
restore the Holy Crystal of Psi. Only with the blessing of the dragons can an heir assume the throne and rebuild Blue Moon City.

Blue Moon Legends pits two players against each other in tense, head-to-head card play. Players can either play the game straight out of the box with the included preconstructed decks or strategically customize the perfect deck to take down their opponent. With hundreds of cards to choose from, no two games will be the same. Blue Moon Legends contains all cards from award-winning designer Reiner Knizia’s Blue Moon card game in a single box.

It's a Wonderful World

A Game of Thrones LCG 2nd - Wolves of the North

€35.95 *
Viewed
This website uses cookies, which are necessary for the technical operation of the website and are always set. Other cookies, which increase the usability of this website, serve for direct advertising or simplify interaction with other websites and social networks, will only be used with your consent.
Decline Accept all Configure