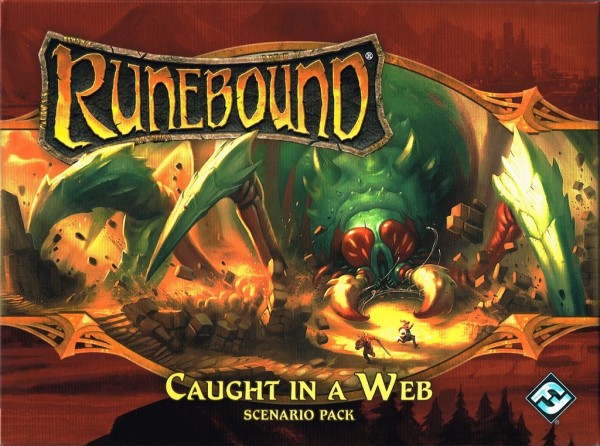 The sorceress Ariad once more schemes to conquer Terrinoth with the Caught in a Web Scenario Pack for Runebound.

Now, she commands her arachnid minions to spread insidiously throughout the realm, spinning webs, injecting venom, and preparing for their mistress to cover the world in darkness. Throughout the course of the brand-new scenario introduced in this expansion, new story cards and adventure cards bring new dangers to your quest to save Terrinoth.

Along the way, you’ll find yourself face-to-face with new and hideous monsters or terrifying perils. You may battle an Arachyura, track a nest of spiders to the Smokeblue Hills, or delve deep into tunnels that riddle the ground beneath Terrinoth.

Fortunately, a new hero also arrives to save Terrinoth with this Scenario Pack: Jonas the Kind. With the help of this new hero, you and your friends can become the greatest heroes that the realm has ever seen.

You need Runebound the core game to play with this accessory.

€20.95 *
Viewed
This website uses cookies, which are necessary for the technical operation of the website and are always set. Other cookies, which increase the usability of this website, serve for direct advertising or simplify interaction with other websites and social networks, will only be used with your consent.
Decline Accept all Configure