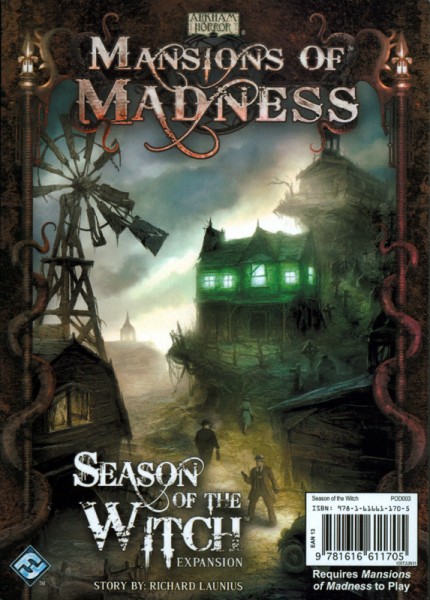 A bright young Miskatonic University student has disappeared, having checked in to an infamous Arkham boarding house to study its reported supernatural properties. Now, as the celebration of Walpurgis Eve approaches, you and your fellow investigators are tasked with venturing into the decaying Witch House and solving a mystery that has plagued Arkham for generations. But are you prepared to face the horrors that await you?

Season of the Witch includes:

Note: Due to variations in the printing process, cards from Print on Demand expansions will be subtly different in appearance and texture from base game cards. For this reason, 29 of the 58 cards in this expansion are reprinted from the base game to retain a consistent appearance when shuffled, and 29 are unique to Season of the Witch.

This is just an expansion. You'll need the first edition of Mansion of Madness to play with it!