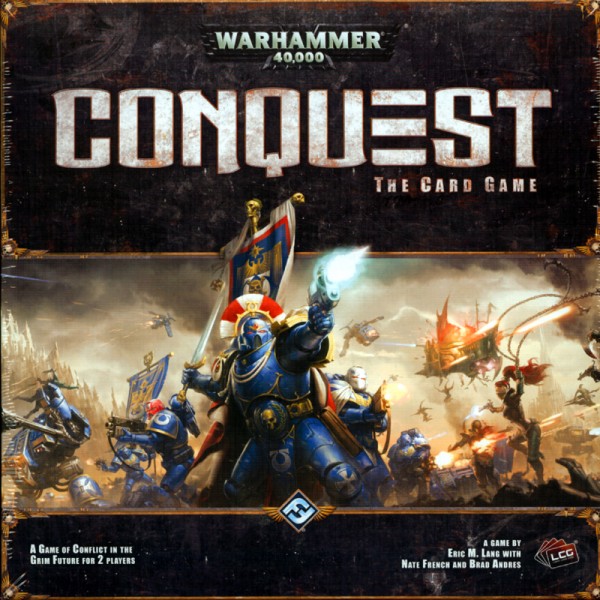 This product is currently not available.
Please inform me as soon as the product is available again.
€41.95 *

In the game, each player controls one warlord and his armies as you engage in interplanetary warfare. Warhammer 40,000: Conquest introduces seven distinct factions: Space Marines, Imperial Guard, Orks, Chaos, Dark Eldar, Eldar, and Tau. Each of these factions possesses a unique flavor and style of play, and an alignment wheel introduces the possibility of forming an alliance between two factions.