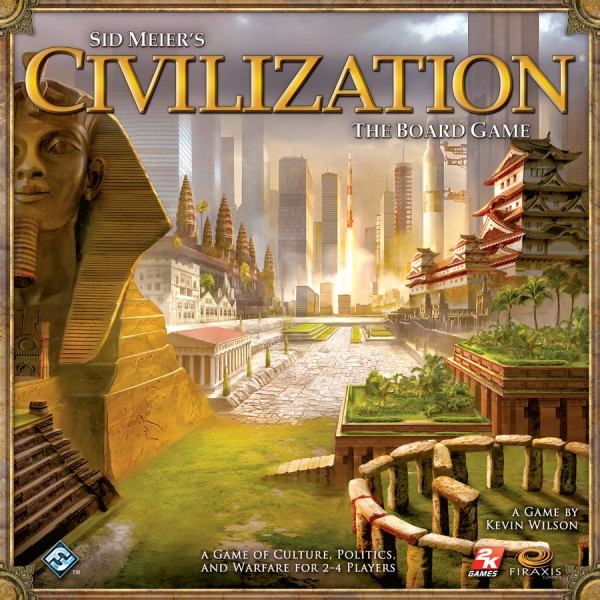 This product is currently not available.
Please inform me as soon as the product is available again.
€55.95 *

Designed by Kevin Wilson, Civilization: The Board Game is inspired by the legendary video game series created by Sid Meier. Players are tasked with guiding an entire civilization throughout the ages, taking ownership of your people’s technology, economy, culture, and military, as well as all the choices that go along with them. There are four different paths to victory, and each is riddled with opposition.

In Civilization: The Board Game, 2-4 players take on the roles of famous leaders in charge of historical civilizations, each with their own abilities. Players will be able to explore a module game board, build cities and buildings, fight battles, research powerful technology, and attract great people by advancing their culture. No matter what your play style is, there is a civilization for you!

Related links to "Civilization - Boardgame"
Product Information
Zu den Produkteigenschaften more
Close menu
Product information "Civilization - Boardgame"
Evaluations 0
Read, write and discuss reviews... more
Close menu
Customer evaluation for "Civilization - Boardgame"
Write an evaluation
Evaluations will be activated after verification.
Customers also viewed
Customers also viewed
Viewed
This website uses cookies, which are necessary for the technical operation of the website and are always set. Other cookies, which increase the usability of this website, serve for direct advertising or simplify interaction with other websites and social networks, will only be used with your consent.
Decline Accept all Configure