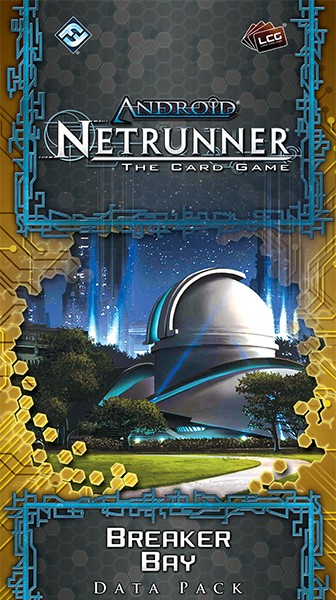 “University of the Californias at Breaker Bay has something for everyone. Upload the attached datafile to your simsensie-capable PAD and take the virtual tour now!”

As the SanSan Cycle provides fans of Android: Netrunner a guided tour of the Californias from San Francisco to San Diego, Breaker Bay focuses on the University of the Californias at Breaker Bay. UCBB has a profound impact upon the region as it educates tens of thousands of students every year in over one-thousand majors, minors, and programs from over a dozen dedicated colleges. Here, the faculty can count themselves among the most distinguished in the solar system, and the university regularly competes with Levy University and NeoTokyo Daigaku for the top spot in the NBN Best College and University Rankings.

Accordingly, the sixty new cards from Breaker Bay (three copies each of twenty different cards) focus on the university’s graduate and undergraduate students, who number among the brightest in the world. We find resources that reflect everything from their living conditions to their parties, and we see some of the actions that the world’s largest megacorps take as they attempt to recruit the best and brightest of them. Of course, there’s a lot to learn, and you’ll find several inspired new pieces of ice, as well as a new Shaper who proves that knowledge is power.

This is not a stand alone game and requires Android Netrunner the card game to play with it.