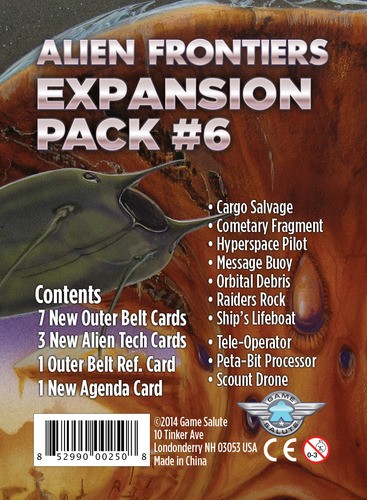 The Promo Pack was split into 6 "Expansion Packs", which Game Salute has been slowly releasing to retail.