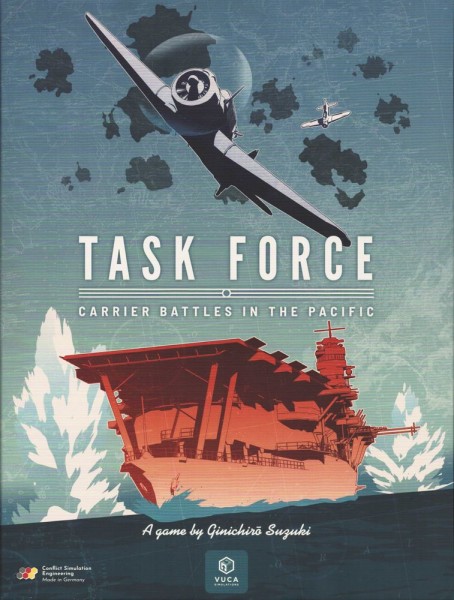 TASK FORCE: Carrier Battles in the Pacific is designed to be accessible and enjoyable for all - ranging from players with no experience of simulation games, to those with intermediate or above proficiency in the genre.

There are an initial eight scenarios to play, focusing on Japanese naval engagements in World War II. These are: "Attack on Pearl Harbor," "Sinking of Prince of Wales and Repulse," "Battle of the Java Sea," "Carrier vs Carrier," "Battle of the Coral Sea," "Battle of Midway," "Battle of the Eastern Solomons" and "Combined Fleet vs Pacific Fleet."

The scenarios progressively increase in difficulty. The first (Attack on Pearl Harbor) is for complete beginners, whereas the final few will be best enjoyed by intermediate players. That said, even the final scenarios will be accessible to a beginner who has progressed through the preceding ones in turn. Conversely, the earlier scenarios may be of little interest to intermediate players due to their low difficulty. The purpose of these first scenarios is simply to teach new players the essential rules appearing throughout all of TASK FORCE.

The following components are included in the game: