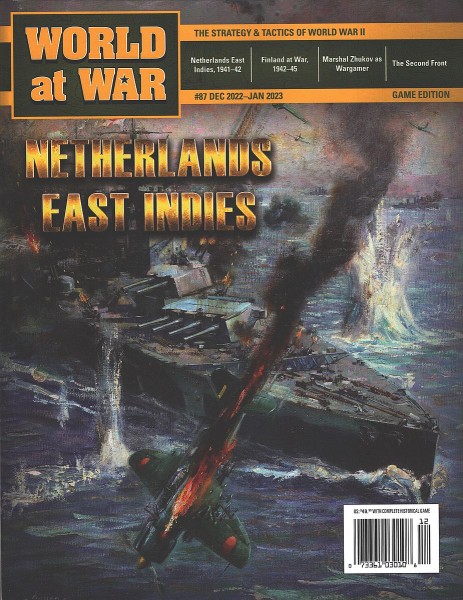 Between A Rock & A Hard Place: Finland in World War II, Part II The years 1942–44 were a time of increasingly acrimonious discussions between the German and Finnish governments, which in turn were the result of their failure to initially reach an accord as to the Finns’ final goals in the war. The German retreat in front of Moscow weighed heavily on the Finns, showing them the short war they expected was no longer in the cards.

Zhukov as Wargamer By the end of 1940, Stalin had concluded war was coming with Germany, and he therefore decided to wargame his options. Zhukov was among the generals he summoned to a series of wargames in the Kremlin in January 1941. Zhukov played the role of both German and Soviet supreme commanders in two games held sequentially. He won both times.

The Second Front: Who, What, When, Where & How Gen. Dwight Eisenhower wrote on 22 January 1942: “We’ve got to go to Europe and fight—and we’ve got to quit wasting resources all over the world and still worse—wasting time. If we are to keep Russia in [the war]…we‘ve got to begin slugging with air at Europe, to be followed by a land attack as soon as possible.” Here is the analysis of why it took over two years for D-Day to occur.

Netherlands East Indies: 1941 to 1942 is an operational wargame of the campaign in 1941-42 in which the Japanese seized control of the Dutch colonial empire in the South Pacific. NEI is a combined naval-air-land campaign, in which operational capabilities can be decisive. The game system shows the effects of various operations over the course of a scenario. Players conduct Actions which encompass discrete combat, logistical, intelligence and other operations. A player can conduct one or more Actions per turn. All units in the game use a similar combat system. The system shows the interaction of naval, air and land forces. At stake: the resources of the South Seas and the gateways to the Indian Ocean and Australia.

Transformers Deck-Building Game: Dawn of the...