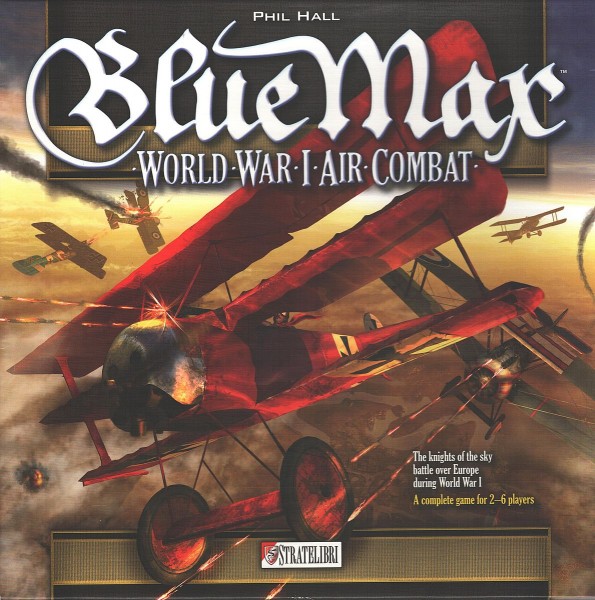 In the midst of a tragic war, WWI fighter pilots fought bravely in a modern version of the medieval joust, much like the gallant knights that preceded them. Their survival depended greatly upon not only their skills, but also the quality of their aircraft. Blue Max, the famous game of World War I aerial combat, is back with new graphics and updated rules! In Blue Max, two to six players take the roles of pilots belonging to one of two teams, either the Allies or the Central Powers and aim to shoot down as many enemy planes as possible. With rules that account for altitude, fuel reserves and the maneuverability of your plane, Blue Max places you squarely in the cockpit and you'll need to both master your machine and outwit your foes in order to win.

The famous Philip Hall aerial combat game is back with new graphics and updated rules.

Age of Dogfights WW I

Age of Dogfights WW I

Salerno '43: The Invasion of Italy, September...