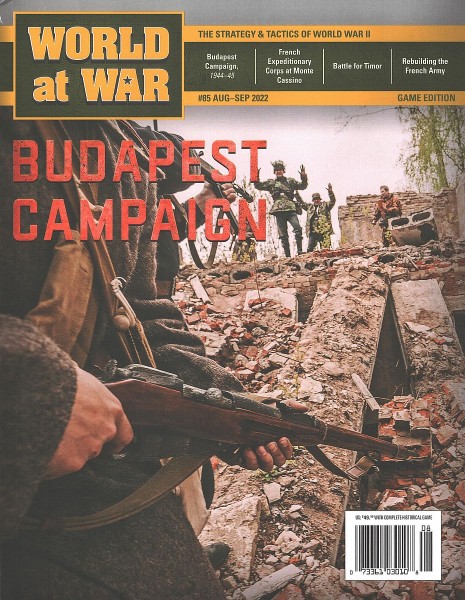 The Budapest Campaign, 1944–45 In mid-1944 Hitler made the decision to contest the Soviet drive into Hungary to the maximum extent possible. That led to the commitment of large panzer forces there throughout the final year of the war. The capital of Budapest, and the oilfields near Lake Balaton 30 miles away, provided the climactic scenes in the German dictator’s final attempt to gain one last victory for his Reich.

The Battle of Timor, 1942–1943 Overall, the Timor campaign had little strategic significance for the larger war, yet the small Allied forces committed there succeeded in preventing an entire Japanese division from being used in the early phases of the New Guinea and Guadalcanal Campaigns.

Rebuilding the French Army, 1942–45 Before the war ended, the Americans had equipped and trained eight French divisions in North Africa, partially outfitted and trained three more in France, furnished equipment for 19 air squadrons, while also turning over some 1,400 aircraft, 3,000 artillery pieces and 5,000 armored fighting vehicles. By providing that support to the French, the US was able to offset its combat manpower in Europe by some 10 divisions. It was a worthwhile effort.

The French Expeditionary Corps at Monte Cassino In May 1943 the French Expeditionary Corps participated in the campaign that fi nally broke the Germans’ Gustav line in southern Italy. The story of their success has been largely obscured by the earlier Allied failures there. The French should, however, actually be credited with delivering the decisive stroke that broke the German resistance in that campaign.

Budapest Campaign: October 1944 to February 1945 is a wargame of the Soviet offensive in Hungary in late 1944 and early 1945 which culminated in the conquest of the city of Budapest. Throughout this campaign the Axis launched successive counterattacks which regained ground but, in the end, failed to stem the Soviet tide.

There are two players: Axis and Soviets. Each side is divided into sub-commands. For the Axis, this includes Armee Kommando Nord, Armee Kommando Sud (these are not historical designators but are based on German operational practice by this period), and Hungarian forces. The Soviets have Second and Third Ukrainian Fronts, as well as the Romanian army.
Budapest Campaign ends just prior to the start of Spring Awakening (World at War #73) which covers the final German offensive on the Eastern Front. Both games use a variant of the DG Boots system to model command/control and logistics. Various command markers activate player sub-commands and launch major offensives.