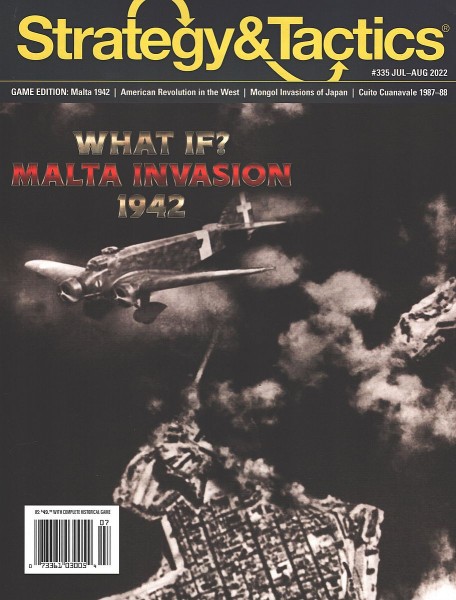 What If: Malta Invasion 1942: By early 1942 various senior German and Italian commanders were calling for the conquest of Malta. The dilemma was in finding forces for such an operation. This is our analysis of how those forces were indeed gathered, but were then squandered elsewhere than Malta to little good effect for the Axis.

The American Revolution in the West: In the Declaration of Independence, one of the 27 “repeated injuries and usurpations” charged against King George was that he had “endeavored to bring [against us] merciless Indian savages, whose known rule of warfare is an undistinguished destruction of all ages, sexes and conditions.” This is our analysis of the campaigns that made up the western front of the revolution.

The Mongol Invasions of Japan: A Strategic & Operational Analysis: Kublai Khan launched two failed invasions of Japan. Its conquest was not vital for his empire, but it became critical to his personal prestige and the seeming viability of his dynasty. To maintain internal stability, he needed to keep almost all his Mongol personnel in China, expanding beyond there using armies mostly composed of previously defeated enemies.

The Cuito Cuanavale Campaign: The 1987–88 Battle of Cuito Cuanavale has been variously described as the biggest battle in Africa since World War II, South Africa’s Stalingrad, or the place where 50,000 Cuban-led troops were decisively beaten. In fact, it was a six-month campaign that ended in something of a stalemate. Here is our analysis.

Descent on Malta is a solitaire operational level simulation of the planned but never executed Axis airborne assault on the British island fortress of Malta. The player controls Axis forces (Germans and Italians). The game system controls the opposing Allied forces and reaction. The objective of the game is for the Axis to capture Malta at the lowest possible cost in casualties. The design is based on the Crete '41 game (World at War #47). The game includes optional rules that allow for two or more players to control different parts of the Axis invasion. Descent on Malta is an area movement game with 1 inch on the map representing 2.5 miles. The map shows Malta, the adjoining islands of Gozo, Comino and surrounding waters, with displays (boxes) representing Axis units in Sicily and southern Italy (6.0). Ground units represent Axis and British regiments, battalions and companies; Axis air units represent 3 to 6 squadrons. Each turn equals anywhere from 4 hours of intense combat action to two days of attritional warfare and refitting.

Usurp the King: The Game of Intrigue, Secret...