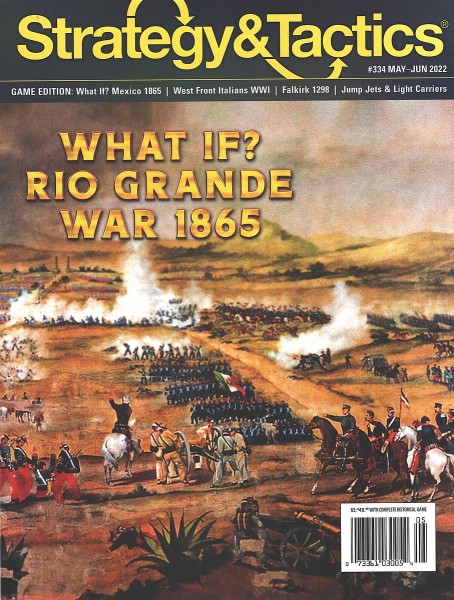 What If: Rio Grande War, 1865: As the Civil War ended in 1865, the US moved an army to the Rio Grande. That was a first move in anticipation of war with the French-sponsored Empire of Mexico. Instead, France’s Emperor Napoleon III withdrew his forces from Mexico, and the country fell to republican rebels led by Benito Juárez. What were the other possibilities?

Italians on World War I’s Western Front: In November 1917, the Italian government requested a huge transfer of materiel to make up for what had been lost by its armies during the recent fiasco at Caporetto. In return, the Italians pledged to send 60,000 men to the western front, designated the Truppe Ausiliarie in Francia (Auxiliary Force in France). This is its combat history.

The Battle of Falkirk, 1298: As disputes over succession to the Scottish throne among 14 claimants remained deadlocked, their nobility and clergy invited Edward I of England to arbitrate a settlement. Edward chose an English nobleman, John Balliol, and also demanded the new king recognize him as “overlord” of Scotland. The result was war, the first phase of which climaxed at the Battle of Falkirk in 1298.

Jump Jets & The Resurgence of Light Aircraft Carriers: By the middle 1970s light aircraft carriers were all but gone. The handful still in operation were anti-submarine warfare platforms with only a few fighters onboard for air defense. When the Harrier “jump jet” entered service in 1969, however, many saw the potential for their use at sea. The Harrier revived the light carrier, and many navies now operate them.

Rio Grande War is a two-player wargame on a hypothetical war between the United States and the Empire of Mexico following the American Civil War. The assumption is that France's Napoleon III decided to back up Maximilian with the French army to maintain his power in Mexico, and the US responded with an invasion. At stake: the fate of North America!

One side commands the Imperial forces (Maximilian and his French allies), and the other the Allies (US and Mexican Republic). The central game mechanism is Action Points (AP). AP are a quantification of each sides command and logistical capabilities. Players expend AP to recruit units and conduct various military operations. Each hex on the map represents 45 miles. Each game turn (GT) represents one to two months. Combat units represent divisions, brigades, regiments, and groups of partisans/bandits. Infantry and cavalry units include attached artillery, pioneer and logistic support. Leaders represent an inspirational to competent commander plus whatever troops they bring to the field.