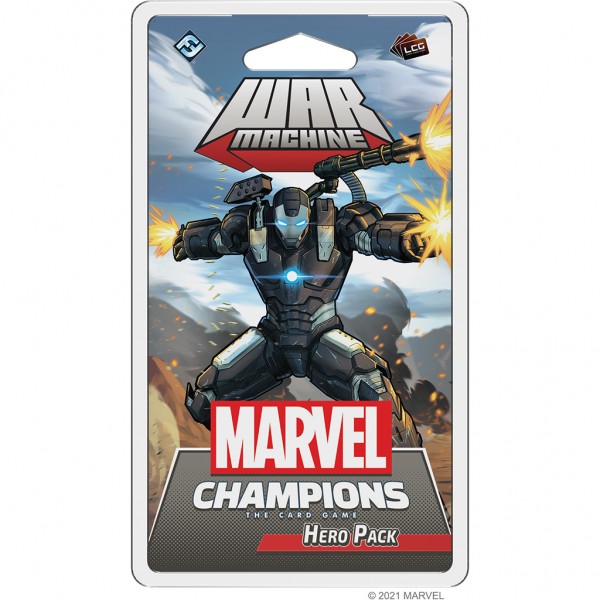 A proud soldier and a longtime friend of Tony Stark, James Rhodes fought for his country as a United States Marine fighter pilot before Stark outfitted him with his very own advanced armored suit. Now, he fights for all of Earth as War Machine, and the forces of Thanos won’t know what hit them!

This heavily-armored Avenger flies into battle in this expansion pack, which introduces War Machine as a brand-new playable hero, along with his fifteen signature cards. With a pre-built Leadership deck ready to play from the get-go, you’ll be eager to unload on your enemies with War Machine’s massive arsenal from the moment you open the box. With tons of powerful weapons and upgrades to play with, War Machine is an awesome hero that is perfectly at home on the front lines.

Forbidden Fortress - 'The Big One' Feudal...

Last Night on Earth: Revenge of the Dead (Game...