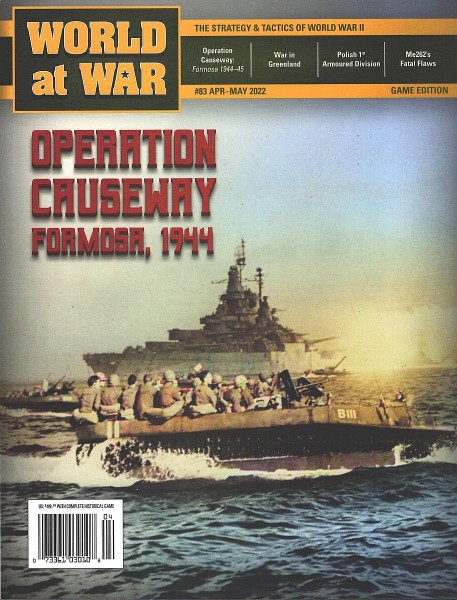 Operation Causeway: The Planned Invasion of Formosa, 1944: In mid-1944 a debate raged in the US high command over the next major objective in the Pacific. Two targets were considered: the Philippines and Formosa. The decision was made to invade the Philippines, but had the choice been Formosa, it would have become the largest amphibious operation of the war.

Greenland in World War II: On 9 April 1940, Danish-owned Greenland’s Gov. Eske Brun, awoke to a changed world. His home country of Denmark had fallen under the Nazi thumb, and he had received orders from Copenhagen to “cooperate” with German authorities when they arrived. He had few options. Greenland had no Danish military garrison nor any other armed force to defend it.

Fatal Flaws of the Me-262: Hitler considered the Me-262 a weapon potentially capable of defeating the Allies. To the end of the war, he believed in its ability to resurrect the combat power of his retreating, war-ravaged armed forces. In many popular histories today, the 262 is often overpraised. Its enthusiasts overlook the problems that actually limited the jet’s potential.

Operation Causeway: Formosa 1944 is an operational-level two player wargame covering the planned but never executed Allied invasion of the Allied island of Formosa in World War II. Had the operation been executed, it would have been the largest amphibious invasion of the Pacific Theater of Operations. The Allied objective is to gain control of Formosa with a minimal number of losses. The Japanese objective is to inflict sufficient cost in terms of manpower and delay to make the invasion counterproductive for the Allies.