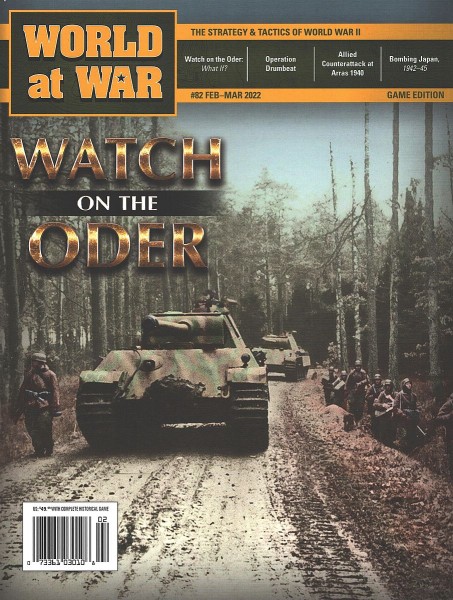 Watch on the Oder: German Strategic Alternatives, January 1945: In the late summer of 1944, Hitler had to decide whether to remain committed to a counteroffensive in the west or, upon reflection, switch it to the east. There’s no simple explanation for his choice of the western front. The situation was complex, and so were Hitler’s thought processes.

- War Drums Along the US East Coast: Operation Drumbeat was a far greater naval defeat than the surprise attack on Pearl Harbor that shortly preceded it. Here’s our analysis of how that came about.

- Crisis Arras: The Allied Counterattack: Referred to by the German high command as “Crisis Arras,” the Allied counterattack near that town on 21 May 1940 was a contributing factor to Hitler’s famous “Halt Order” three days later. That directive stopped the panzers short of Dunkirk, enabling the escape of the BEF, and it also set the stage for the two front war so dreaded by the Germans.

- The Bombing of Japan: The loss of airfields as the Japanese swept across the Western Pacific in early 1942 effectively neutralized the US heavy bomber force in that region. At the same time, though, the Roosevelt administration wanted a victory to boost home front morale. To that end, planners in Washington initiated several projects. This is the story of how those projects turned out.

Watch on the Oder: January 1945 is a hypothetical two-player game allowing the players to examine the strategic possibilities inherent in the campaign that may have taken place had Hitler decided to send the forces he used historically in the Ardennes to the eastern front. Both sides’ orders of battle are entirely historic within that context. Each of the eight game turns represents four days, and each large hex on the map equals 20 miles. The map runs from the Oder River on the west to the Riga-Pinsk line on the east. Units are German corps and Soviet armies. The turn sequence is I-Go-U-Go, but both players decide if their force will move and fight or fight and move. Playing time is about three hours, and is easily adapted for solitaire play. Complexity is low-medium. The German has to strike hard and fast at the beginning in order to weaken the inevitable Soviet counteroffensive.