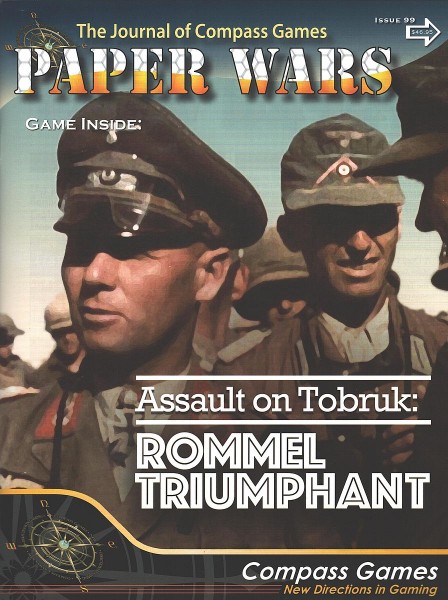 From march to December of 1941 the forces of Rommel’s Afrika Korp surrounded the Allied held fortress port of Tobruk on the Libyan coast of North Africa, but were unable to subdue it. On the 20th of June in 1942 Rommel got another chance at a cut off Tobruk as the Allies retreated from the loss of the Gazala line battles. This time Tobruk fell, and it did so in a swirling action lasting less than a single day.

Assault on Tobruk depicts this startlingly short battle. The map cover the entire fortress of Tobruk pat its perimeter strong points in hexes equaling about 670 meters across. Double impulse turns represent two hours and most units are of company size. Seven scenarios are provided; one of the historical action and the other six examining the various effects of improved Allied command control, tactics,k and artillery coordination, as well as various alternate attack plans for the Axis forces. This is a fast playing game of low complexity showing an assault that could easily have come out very differently.