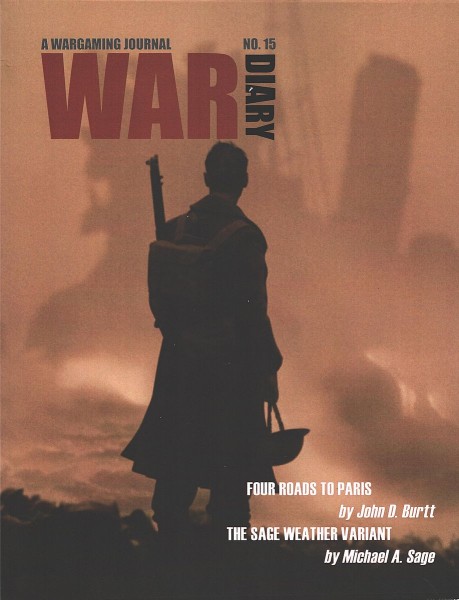 A new wargaming magazine, but decidedly old-school in our approach.

Published quarterly, WAR DIARY magazine publishes no games but instead concentrates on thoroughly examining existing games from a wide range of game publishers, both large and small.  Each issue contains historical articles with tie-ins to gaming topics;  new game scenarios, variants, and expansions; game and book reviews; interviews with notable gaming personalities; and articles on game strategy and good play.  Contributors include an interesting mix of both well known and new writers, each with a unique perspective.

LIDDELL HART AND THE FALL OF FRANCE by John Burtt

A BRIEF HISTORY OF THE 22nd PANZER DIVISION by Antonio Munoz

A WING AND A PRAYER by Curtis Milbourn