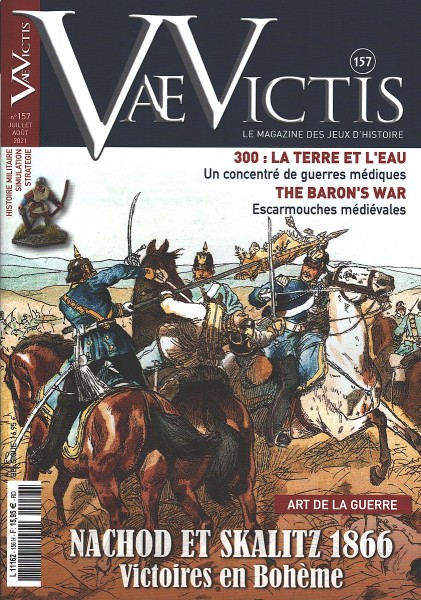 This War without an Ennemy

Rise of the Raj troisième partie

CR Storms in the West

End of June 1866. After several months of mounting tensions, war has broken out between Austria and Prussia for preeminent control in Germany. Prussia plans for its troops to cross the Carpathians and penetrate Bohemia by 4 different passages with the objective of confronting the principal Austrian Army in a decisive Napoleonic battle. The outlet of one of these passages was here, near the towns of Nachod and Skalitz. The Prussian V Corps was in position to take control of it and allow the VI Corps to follow it before converging with the other Prussian corps on the centre of the Austrian presence. General Steinmetz is appointed commander of the Prussian 1st Army in 1870 and will have to confront the Austrian troops sent by General Benedek.

As a new unit of the series “Battles in the era of Napoleon III”, Nachod-Skalitz is the first game of a series that will cover the principal clashes of the campaign in Bohemia of 1866, concluding with the battle of Sadowa. Players will have the option of playing the battles one after another in a campaign mode, resulting perhaps in a very different situation by the time they arrive at the decisive battle of 3 July 1866.

Using the series “The Great Battles of Napoleon III” (VaeVictis # 55, # 73 and 138), the system is simple and dynamic with an accent on the engagement of the troops against deadly defensive fire.

Scenarios by Arnold Giraud-Moser on a system by Luc Olivier.

Duration : 2 to 4 hours depending on the scenario

We printed the English Rules for You (in Colour) and send them together with the Magazine!