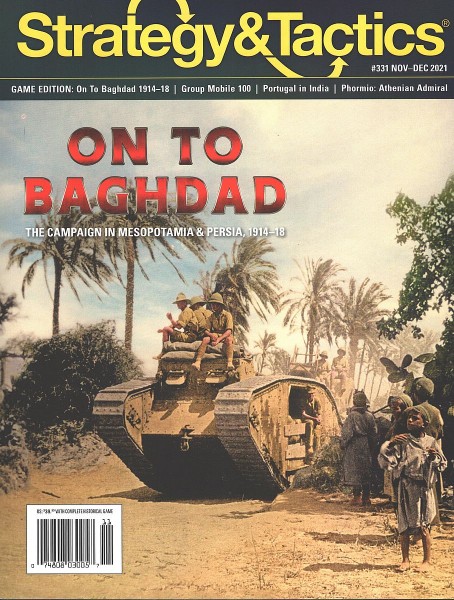 On to Baghdad: Mesopotamia & Persia, 1914–18: Their defeats in the Libyan and Balkan Wars of 1911–13 led the Turks to look east. Given the strength of the European powers in the west, it seemed their only route to reestablishing regional dominance.

- Hell on Highway 19: The Destruction of Groupement Mobile 100: The annihilation of an elite French motorized combat unit by the Viet Minh during the First Indo-China War proved to be a terrible harbinger of what the United States might encounter in its war in Vietnam 10 years later.

- The Fall of the Portuguese Empire in India: The Portuguese created the first global empire in history, beginning with their seizure of Ceuta on the African side of the Straits of Gibraltar in 1415. At its peak, their empire stretched from Brazil through Central Africa, onto the Indian subcontinent at Goa, and the South Pacific and East - Asia at Macao. This is how the portion of it on the Indian subcontinent came to its end.

Phormio: Ancient Greece’s Greatest Admiral: Though not as well known as several other Athenian war leaders with whom he was a compatriot, Phormio must be ranked among the greatest admirals of the Classical Era. This article explains why that is true.

On to Baghdad! is an operational-strategic level, two-player wargame covering the campaign in Mesopotamia and Persia in World War I. Players control either the Allies representing the British-Indian, Russians pro-Allied Persians, Kuwaitis, and pro-Allied Partisans or the Central Powers representing the Ottoman Turks (or Turks), Germans, Austro-Hungarian, pro-CP Persians, and pro-CP Partisans. The Allied objective is to gain strategic control of Mesopotamia and Persia, including oil resources and critical cities. The Central Powers objective is to retain control and threaten British interests in the Persian Gulf and India Each hex on the map represents 35 kilometers. Each turn represents six months. Ground units are mostly divisions, with breakdowns. Air units are mainly squadrons. Partisans represent groups of guerrillas.