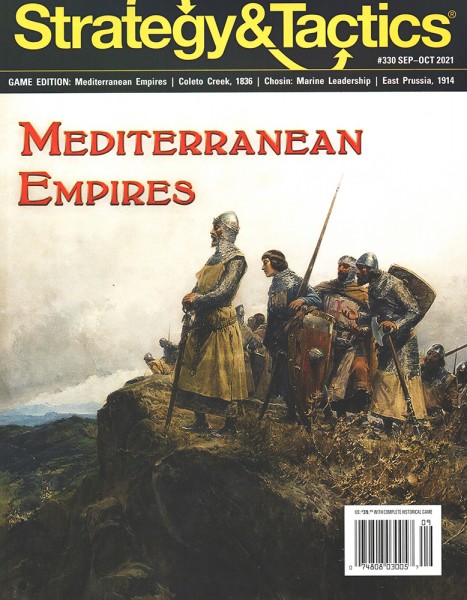 - Chosin: The Marines’ Inspiring Leadership: following their success in the Pacific War, the Marines would prove their effectiveness again during the next conflict, delivering outstanding Korean War performances. Under the leadership of inspiring officers like Oliver P. Smith and Chesty Puller, the Marines in Korea added another chapter to their glorious history.

- Battles for East Prussia: Tannenberg & the First Battle of the Masurian Lakes: First battles in any war say more about the condition of a peacetime military of a nation than later battles fought between veteran forces. Pre-war military thinkers predicted a short and vicious war of maneuver. This proved to be a vain hope on the Western Front, but these predictions proved correct in East Prussia.

Mediterranean Empires: The Struggle for the Middle Sea, 1281-1350 AD is a low to intermediate complexity, two-player, strategic-level wargame simulating the fight for the Western and Central Mediterranean during the turn of the 13th-14th centuries. Players control either the French/Anjou forces and their allies, or Aragon and their allies. The map shows the Western and Central Mediterranean as it was during the 13th-14th centuries and is divided into its geo-political regions or areas with units moving across the map from area to area. There are seven game turns. Each game turn (GT) represents a decade. Units represent from 500 to 2000 men.

Guiscard 2 - Skirmishes during the Norman...