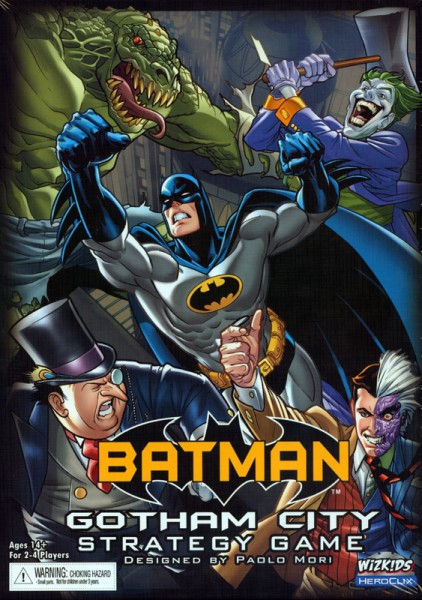 Behind the façade of the great Gotham City lies an active underworld of criminal activity. Play as one of Gotham City’s greatest villains— The Joker, The Penguin, Killer Croc or Two-Face— and lead your gang of henchman to become the King of Crime in Gotham City! But beware, as your hold on the city increases so does the chance of your plans being foiled by Gotham’s protector—Batman!