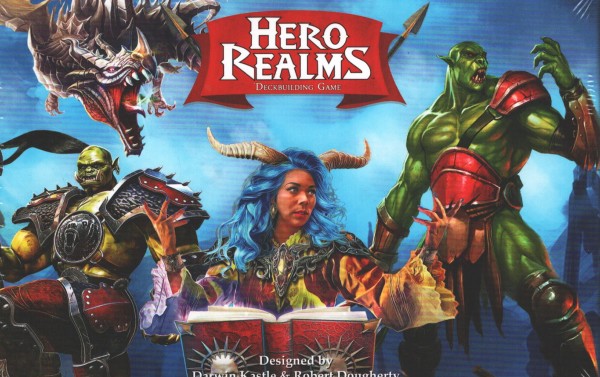 Hero Realms is a fantasy-themed expandable deckbuilding game from the creators of Star Realms (winner of multiple game-of-the-year awards).

The base game features:

Shared between all players is an 80-card Market Deck. The game begins with five cards from that deck revealed, creating the Market Row. As you play, you use gold to buy champion cards and action cards from the Market. These champions and actions can generate large amounts of gold, combat, or other powerful effects. You use combat to attack your opponent and their champions. When you reduce your opponent’s score (called health) to zero, you win!

Hero: Tales of the Tomes

The Defence of Procyon III

The Everrain: Torrent of Rebellion