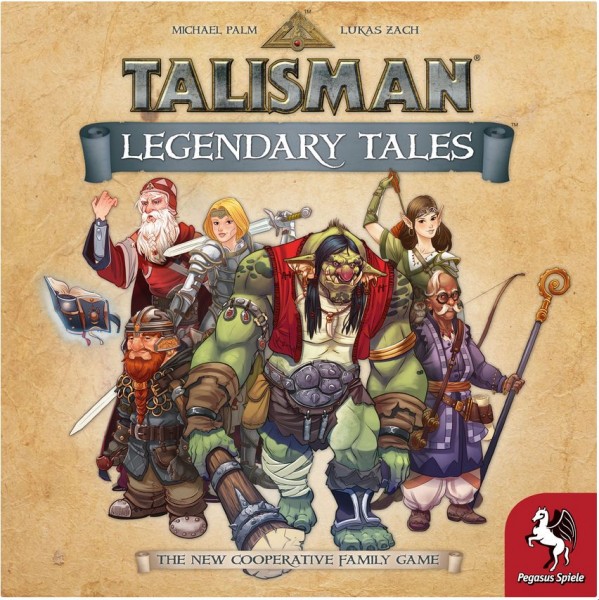 Many centuries ago, legendary smiths forged the Crown of Command. Whoever wears it will hold the power over all of the land. To prevent evil forces from obtaining it, a powerful wizard sealed the Crown of Command behind the Portal of Power. Only those who possess one of the legendary Talismans may pass through this Portal to reach the Crown. Over the years, five of the Talismans have disappeared. Enemy forces now seek to find them in order to seize the Crown for themselves. Brave Heroes that you are, you have banded together to go on a quest to retrieve all five Talismans – and thereby stop the enemy forces from ruling the world. This task won’t be easy, as finding each Talisman is an epic adventure in itself. However, if you work together using everyone’s abilities and helping one another when you can, you will surely succeed.

Talisman: Legendary Tales takes the players on five connected adventures to retrieve the lost Talismans. A clever bag-building mechanism represents the heroes’ development and is used to resolve fights and other encounters while experiencing an original story set in the Talisman universe.