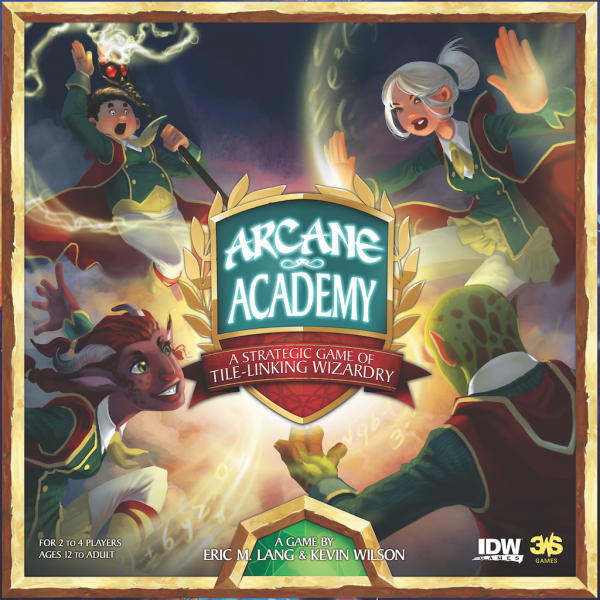 Challenge rival students to become the best in class in Arcane Academy, a board game of tile-linking wizardry that pits young spellcasters against one another in a duel for honor and prestige. Forge potent magic items and wield wickedly powerful elemental energies to out-think and out-maneuver your opponents.

Arcane Academy is based on the critically acclaimed, all-ages comic series Finding Gossamyr, which is set in a fantasy world in which math is the language of magic.