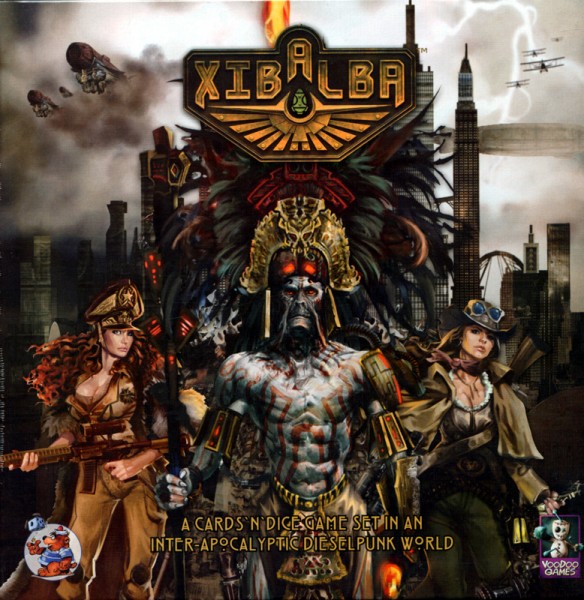 
Imagine a world in which our technologic enhancements yield the powerful diesel-driven machines of the early 20th century. A world in which the discovery of an alien resource has changed the industrial evolution forever. Where the military arsenals have never been used to incite a world war but for the very survival of mankind. It is the year 1948 and the world as we know it has ceased to exist.

Welcome to XIBALBA! Where the remains of civilization fight an ancient alien race that came to herald the end of the world.

In XIBALBA 2 to 4 players take the roles of one of eight unique mercenary captains, determined to gather resources and expand their bases with soldier, civilian, and structure cards. Gain control over the contested ark, attack your enemies to weaken them, and loot the alien resource paragon in order to win the game! The game duration is adjustable and you can have quick and fun games as well as challenging long sessions.