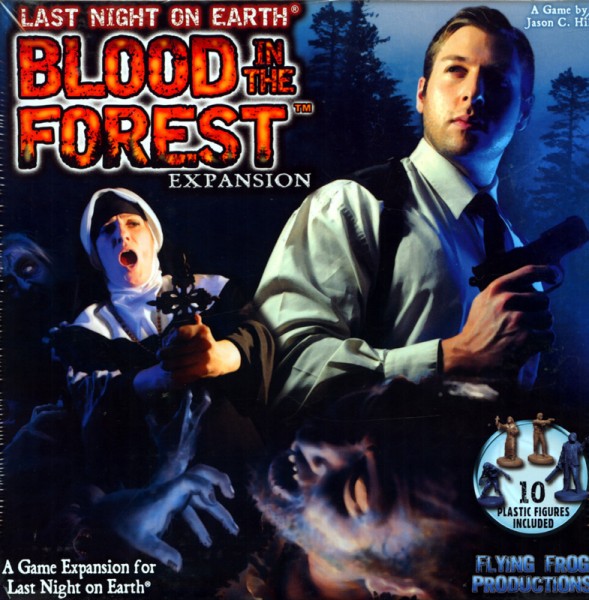 Last Night on Earth: Blood in the Forest sees the human heroes – fleeing, as always, from approaching hordes of zombies – fight their way deeper into the forested mountains.

This expansion, which can be added to Last Night on Earth: Timber Peak or the original Last Night on Earth board game, features new forest game boards (four corners and four straight pieces), a new double-sided forest center board (with the Airfield), two new types of zombie figures – a pack of vicious feral zombies and the menacing zombie behemoths – to hunt down the heroes, two new heroes (Sister Ophelia, the reformed nun, and Agent Carter, an FBI agent who knows more about the outbreak than he lets on), as well as a host of new hero and zombie cards, counters, scenarios, and game mechanisms. Last Night on Earth: Blood in the Forest also expands on the Experience system originally introduced in LNOE: Timber Peak. As the zombie plague spreads, the forests will run red!

War of the Worlds - The New Wave

Shadows of Brimstone - Order of the Crimson...