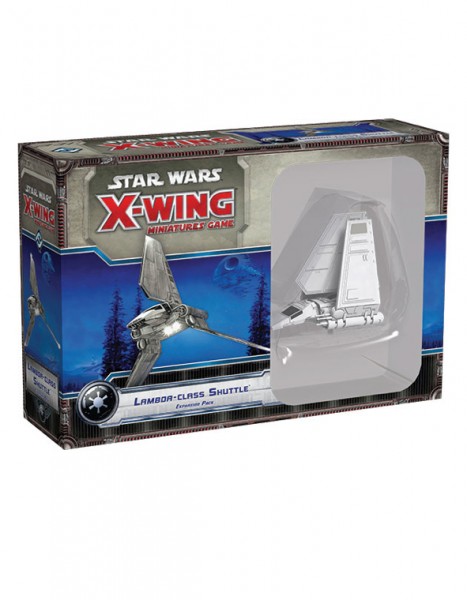 X-Wing: Lambda-class Shuttle Expansion Pack
Noted for its tri-wing design, the Lambda-class shuttle served a critical role as a light utility craft in the Imperial Navy. Now you can use this utilitarian ship to strengthen your Imperial squad for X-Wing! The Lambda–class Shuttle Expansion Pack includes one large-base Lambda-class shuttle miniature at 1/270 scale, its maneuver dial, all necessary tokens, four ship cards, and a whopping twelve upgrades, which afford Imperial players an astonishing level of customization and control of their squads.