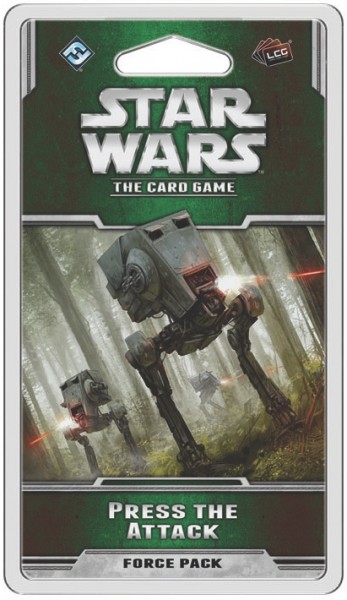 Forge an alliance with the Ewok tribes, lead your elite strike team to assault the shield generator, or use the Death Star’s superlaser to destroy the Rebel fleet.

As part of the Endor cycle for Star Wars: The Card Game, Press the Attack invites you to experience the climactic events of Return of the Jedi as you reenact the movie or create your own stories. Within this Force Pack, you’ll find a renewed focus on Endor objectives, gain the support of the Ewoks with C-3PO, and battle your foes as the dark side Force user, Maw. As the Battle of Endor intensifies, command your forces with Press the Attack.