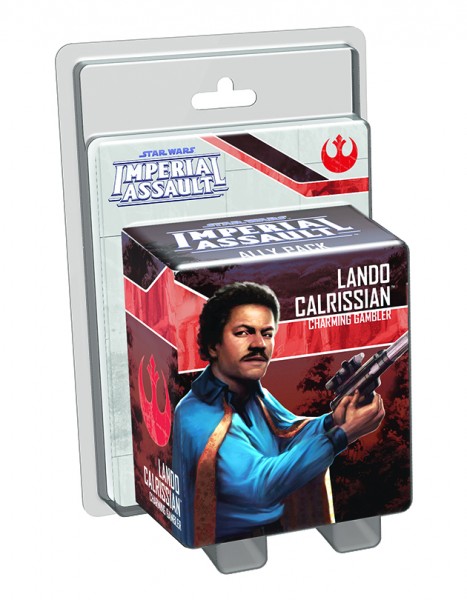 As Baron Administrator of Cloud City, Lando Calrissian has significant political influence on Bespin. Fortunately, Lando is still a scoundrel at heart, and he now uses his considerable influence to aid Rebel operatives in their shadow war against the Imperial Security Bureau.

The Lando Calrissian Ally Pack adds new materials to all of your campaigns and skirmish games with new Command cards, additional Deployment cards, a new Reward card, and brand-new missions for both campaign and skirmish games. No need to trust Lady Luck when you can always cheat the odds!

This figure pack includes a sculpted plastic figure of Lando Calrissian that you can use to replace the token included in The Bespin Gambit.