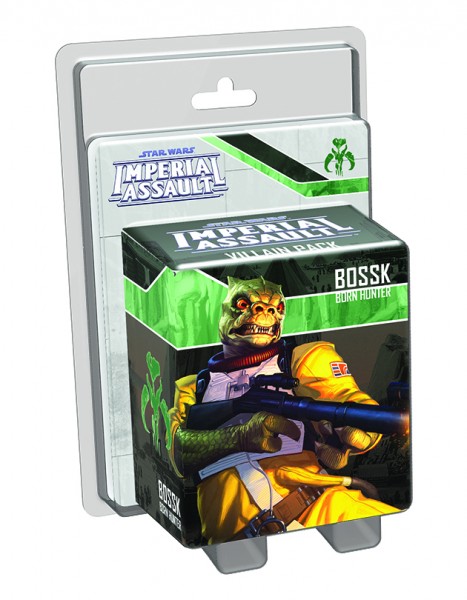 Take up the hunt with Bossk, a deadly Trandoshan bounty hunter! With this figure pack, you can harness Bossk’s unbridled ferocity whether you take contracts for the Mercenaries faction in a skirmish or work for the Imperial player in a campaign.

With a new Agenda set, Command cards, Deployment cards, a skirmish upgrade, and missions for both campaign and skirmish games, the Bossk Villain Pack is your chance to unleash a bounty hunter and take down your prey.

This figure pack includes a sculpted plastic figure of Bossk that you can use to replace the token included in The Bespin Gambit.