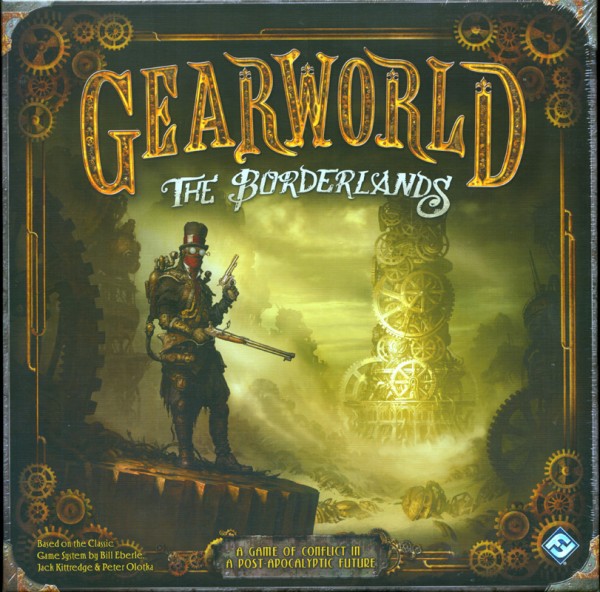 Gearworld: The Borderlands is a game of negotiation, conquest, and construction in which two to four players compete to gain the favor of the Sky People for their tribe of scavengers in a post-apocalyptic landscape. Based on the classic board game Borderlands designed by Bill Eberle, Jack Kittredge and Peter Olotka, players must negotiate trades and alliances, conquer their rivals’ territory, and gather resources in a race to build the skyworks to win the favor of those who live in the World Above!

Gearworld: The Borderlands includes a game board with beautiful, detailed artwork, 220 tokens, and 100 plastic figures in four different colors.